This collection of Abbey essays has not aged as well as Desert Solitaire, but still contains some wonderful writing about nature and about the American west, all of it from the mountains to the ... Read full review

A great collection of Edward Abbey's essays on a wide range of environmental topics. I particularly enjoyed his personal reminisces, with the highlight being a hilarious trip to Big Bend with a soon ... Read full review

Edward Abbey, a self-proclaimed “agrarian anarchist,” was hailed as the “Thoreau of the American West.” Known nationally as a champion of the individual and one of this country’s foremost defenders of the natural environment, he was the author of twenty books, both fiction and nonfiction, including Desert Solitaire, The Monkey Wrench Gang, and The Journey Home. In 1989, at the age of sixty-two, Edward Abbey died in Oracle, Arizona. 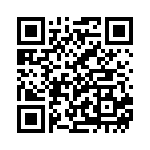