Although pretty dense reading, there is plenty of information on where these Indians lived in Texas. The book gives an indication of the rexources available to them and what they seemed to be eating ... Read full review

Robert A. Ricklis is a Research Fellow with the University of Texas at Austin and president of a private archaeological consulting firm in Corpus Christi. 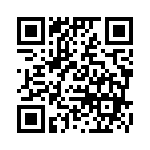