This was another very good book to end this exciting trilogy. I have loved all three books, although the first one will always be my favourite - partly because I wasn't expecting much from the book ... Read full review

Will Piper is back in this third instalment of his Vectis Library series. He is enjoying his retirement in Florida and trying not to dwell on the End of Days scenario he has lived with since ... Read full review

GLENN COOPER is the author of the internationally bestselling Will Piper trilogy: Library of the Dead, its sequel, Book of Souls, and The Keepers of the Library. His other books include The Tenth Chamber, The Resurrection Maker, The Devil Will Come, Near Death, and the Down Trilogy. He has sold over 6 million books worldwide. Glenn graduated from Harvard with a degree in archaeology and received his medical degree from Tufts University. After practicing medicine, he served as the chairman and CEO of a biotechnology company in Massachusetts. He is also a screenwriter, film producer, and chairman of Lascaux Media. Glenn lives in Sarasota, Florida. Visit him at glenncooperbooks.com. 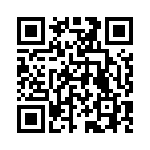