THE KENNEDY HALF-CENTURY: The Presidency, Assassination, and Lasting Legacy of John F. Kennedy

The Kennedy Half-Century: The Presidency, Assassination, and Lasting Legacy of John F. Kennedy

More than the other books this reviewer has assessed here, Sabato's (director, Ctr. for Politics, Univ. of Virginia; A More Perfect Constitution: Ideas To Inspire a New Generation) work gratifyingly ... Read full review

Larry J. Sabato is the founder and director of the renowned Center for Politics at the University of Virginia. He has appeared on dozens of national television and radio programs, including 60 Minutes, Today, Hardball, and Nightline. He has coanchored the BBC's coverage of U.S. presidential returns and inaugurations, and has authored or edited more than a dozen books on American politics, including the highly praised A More Perfect Constitution-Why the Constitution Must Be Revised: Ideas to Inspire a New Generation. His other books include Feeding Frenzy, about press coverage of politicians; The Rise of Political Consultants; and Barack Obama and the New America. Sabato runs the acclaimed Crystal Ball website, which has the most comprehensive and accurate record of election analysis in the country. In 2001, the University of Virginia gave him its highest honor, the Thomas Jefferson Award. He lives in Charlottesville, Virginia.

Enrollment is now open for a free JFK course online with Professor Sabato at www.coursera.org/course/kennedy 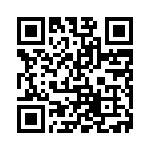