Reviewed by Katelyn Hensel for Readers' Favorite
The titular book of the Kingdom Within series by Samantha Gillespie is a fun adventure from start to finish. Turning eighteen has never been harder. Princess Meredith is being pressured to marry Prince Ethan, a powerful but completely foreign man, upon her 18th birthday. Danger from plotting nobles and dangerous kingdoms threaten, forcing her to take up security in the form of Connor. As the best of the best, an elite soldier in the kingdom's military, Connor trusts no one else with the princess's protection but himself. As the two fight to survive, they find out that love was the danger all along and no one - soldier or princess - is immune.
The romance between Meredith and Connor came on really fast, with no holds barred. I was actually surprised that Meredith sort of gave in so quickly, as she is a princess and one would think she knew better than to give in to a soldier...but their romance was hot and heavy with a touch of sweetness. I enjoyed Meredith's character the most and she definitely didn't seem like the average Cinderella type so that was fun!
The Kingdom Within by Samantha Gillespie is a fun young adult read that pretty much everyone of any age can enjoy. It's clearly the beginning of a series, due to the whopping cliff-hanger at the end, so you should have plenty more royal-peasant romances and court intrigue to look forward to from Gillespie in the future. If you enjoy romantic adventures with likeable heroes, then this one is for you!

Samantha Gillespie is a creative, helpless romantic who was born in Mexico, where she grew up with her family until they returned to the States at age eleven. An avid reader from a young age, Samantha finally gave into her passion for writing, making her debut with The Kingdom Within.

Samantha considered pursuing a degree in English Literature while in college but despite her family and friend’s encouragement, she opted for a more practical career in Business. Now, with the publication of her first book under her belt, she occasionally hits herself on the head for it. Samantha currently lives in Houston, TX with her husband, David and their pets, Foxi, Moomy & Squeaky. 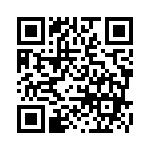