As a key subject for children in an ever more sophisticated world, the grasp of science and the basic principles behind it are explored in "The Kingfisher Science Encyclopedia". Arranged thematically ... Read full review

This is a great reference book addition to any homeschool library. We've enjoyed the concise explanations, and the interesting illustrations. The layout is easy to read through, and it has even been a great tool for teaching research, note taking and outlining. Read full review

Charles Taylor is Board of Trustees Professor of Law and Philosophy at Northwestern University, Professor Emeritus of Political Science and Philosophy at McGill University, and former Chichele Professor of Social and Political Theory at Oxford University. He is the author of many books and articles, including Varieties of Religion Today: William James Revisited; Sources of the Self: The Making of the Modern Identity; The Ethics of Authenticity; Hegel; and the remarkable essay ???The Politics of Recognition, ??? which appeared in Multiculturalism (edited by Amy Gutmann). 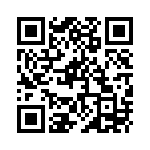