Professor John Cannon held the chair of Modern History at the University of Newcastle upon Tyne until 1992. He has edited several titles, including The Letteres of Junius (1978), The Oxford Companion to British History (1997), and The Blackwell Dictionary of Historians (1988), which was awarded a Library Association prize for reference works. His other publications include The Fox-North Coalition (1969), Parliamentary Reform (1973), Aristocratic Century (1984), The Oxford Illustrated History of the British Monarchy (1986, 1998), and Samuel Johnson and the Politics of Hanoverian England (1994). Dr Anne Hargreaves was formerly a clinical academic at the Welsh National School of Medicine, and at the Universities of Liverpool and Newcastle. She was co-editor of Medicine in Northumbria (1993) and author of White as Whales Bone (1998), a study of dental practice in early modern England. She was a major contributor to the Oxford Companion to British History. 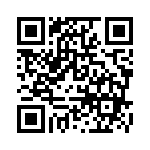