after seeing the first part of movie, I guess that in second part they may have difficulties in their relationship as a long distance doesn't really survives to a long extent. I would love to see the connection between Noah and Elle. Even though they have problems but they still figure it out. If somehow in second part if there remain love triangle, it would be fun to see that the real love conquers every challenge

Beth Reekles penned her novel The Kissing Booth when she was fifteen. She continues to write exciting new novels, and regularly blogs about writing advice and being a twenty-something. She has been shortlisted for many awards, and in August 2014 was listed in the Times at No.6 on their 'Top 20 under 25' list. 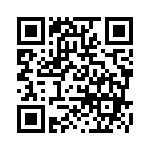