This book contains the first English translations of two long essays by the Austrian satirist Karl Kraus. The first one of these, entitled "Heine and the Consequences", discusses the degradation of ... Read full review

A noble, deeply personal, but ultimately unsuccessful project. Kraus's deliberately obscure style coupled with the utter obscurity of the objects of his incessant intramural score settling make for a ... Read full review

Jonathan Franzen is the author of novels such as The Corrections (2001), Freedom (2010), and Crossroads (2021), and works of nonfiction, including Farther Away (2012) and The End of the End of the Earth (2018), all published by Farrar, Straus and Giroux. He lives in Santa Cruz, California. 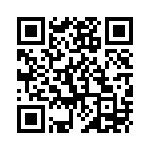