My Spiritual teacher Yvonne, once told me that true happenings are often found within the pages of fiction books. This SO pertains to this book.......I felt "alive" in the book.......like I am participating in this journey with Mother Earth and bringing Peace back to her. Every morning I send out Peace to ALL God's creations and mans creations and that they work together for the Highest and Best and according to the Divine Plan.
Thanks for a wonderful book. It's been sitting on my bookshelf for 8 yrs...I just picked it up to read 2 weeks ago. Will definitely pass along to others who are like minded.
With Gratitude............Jacqueline Cushman

Dr. Robert V. Gerard Holistic Psychologist, author, lecturer, and visionary healer Dr. Gerard began his working career as a civil engineer. Finding his interests lay with helping people, he completed a B. A. in Social Psychology at Florida Atlantic University (1978) and a M.S. in Management/Organizational Psychology at Nova University (1981). He attended the Ph.D. Adult Educational Program Management at Georgia State University (1983-1985) and East-West Psychology Ph.D. at the California Institute for Integral Studies (1989-1092). In 1998, he completed his Doctorate in Metaphysical Philosophy at The College of Metaphysical Studies. Dr. Gerard's forty-year career encompasses such diverse fields as engineering, manufacturing, banking, education, therapeutics, and publishing. He has been employed by major corporations, chaired an international convention, and spearheaded training programs throughout the United States. Dr. Gerard sustains a private counseling practice in Holistic and Organizational Psychology. He also offers lectures, seminars, and workshops on the DNA Healing Techniques, Confrontation Skills Training, and ZeRo Point Accelerated Healing Technologies. He is international published, has written six books, dozens of articles, and has produced several instructional CDs and audiotapes available through the Foundation. 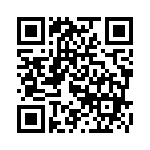