Robert M. Utley, former Chief Historian & Assistant Director of the National Park Service, is the author of many books & articles on the West, "Cavalier in Buckskin", also published by the University of Oklahoma Press, won the 1989 Western Heritage Wrangler Award for Outstanding Nonfiction Book & was a Book-of-the-Month Club & History Book Club selection. Since his retirement from the federal government, he has devoted himself full time to historical research & writing. 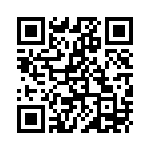