Joseph P. Viteritti is the Blanche D. Blank Professor of Public Policy at Hunter College, CUNY. His many books include Choosing Equality: School Choice, the Constitution, and Civil Society. 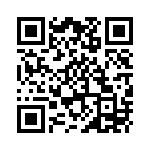