Really a 4.5 if I could have given it. Great book with loads of ideas being just tossed around for you to notice on the way past. It does feel a bit like the two of them have just thrown everything ... Read full review

Given the pedigree of the two authors, I was expecting a lot more from this book. I just couldn't buy into the whole "world-famous mathematician whose childhood best friend is a major UN figure and ... Read full review

Born in Somerset in 1917, Arthur C. Clarke has written over sixty books, among which are the science fiction classics 2001: A Space Odyssey, Childhood's End, The City and the Stars and Rendezvous With Rama. He has won all the most prestigious science fiction trophies, and shared an Oscar nomination with Stanley Kubrick for the screenplay of the film of 2001. He was knighted in 1998. He died in 2008 at his home in Sri Lanka. 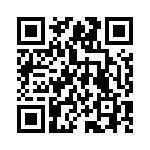