Engaging from the start, Nye's novel never disappoints. In the guise of a bawdy "country history" of Shakespeare's life, with all of its attendant variations on the "facts," Pickleherring (our ... ×čňŕňč îăë˙ä ďîâíłńňţ

Robert Thomas Nye was born in London, England on March 15, 1939. At the age of 16, he left school and published his first poem, Kingfisher, in the London Magazine. He was a poet who also wrote novels, plays, and stories for children. His collections of poetry include Juvenilia, Juvenilia 2, and The Rain and The Glass, which won the Cholmondeley Award. He became the poetry editor of the newspaper The Scotsman in 1967. From 1971 to 1996, he was the poetry critic of The Times of London. His children's books include Taliesin, March Has Horse's Ears, and Beowulf: A New Telling. His first novel for adults, Doubtfire, was published in 1967. His other novels for adults included The Life and Death of My Lord Gilles de Rais, Merlin, Faust, The Memoirs of Lord Byron, Mrs. Shakespeare: The Complete Works, and The Late Mr. Shakespeare. His novel, Falstaff, won The Hawthornden Prize and Guardian Prize for Fiction. During the early 1970s, he wrote several plays for BBC radio including A Bloody Stupid Hole. He died from cancer on July 3, 2016 at the age of 77. 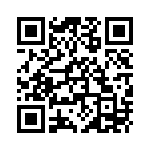