Judge Roy Moore became a judge of the Sixteenth Judicial Circuit of Alabama in 1992 and served until his election as chief justice of the Alabama Supreme Court in 2000. In 2003, Chief Justice Moore was removed from office for standing up for the inalienable right to acknowledge God. Today, he serves as chairman of the Foundation for Moral Law. 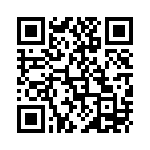