Esther Hicks was born 1948 in Coalville, Utah. Esther Hicks (born Esther Weaver) is an American inspirational speaker and best-selling author. She has co-authored nine books with her husband Jerry Hicks, presents workshops on the Law of Attraction and appeared in the first release of the film The Secret. The Hicks' books, including the best-selling series The Law of Attraction, are according to Esther Hicks "translated from a group of non-physical entities called Abraham (Hicks describes what she is doing as tapping into "infinite intelligence"). Esther Hicks says that non-physical entities called Abraham speak through her, and that her teachings (referred to as AbrahamżHicks teachings) are based on this experience. The basic tenets of the teachings include that we create our own reality through our thoughts, that our emotions are constantly guiding us toward where we want to go, and that life is supposed to be fun. Her title Getting into the Vortex Guided Meditations made the New York Times Best Seller List for 2011. 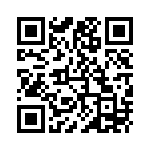