THE LETTERS OF EVELYN WAUGH AND DIANA COOPER

Lifetime of letters largely from Waugh to Lady Diana, a famous beauty ten years his senior, whom he loved but never bedded. Her letters to him have mostly vanished. These are not great letters, nor do ... Read full review

The letters of Evelyn Waugh and Diana Cooper

The correspondence here, which began in 1932 when Waugh and Lady Diana met and ended in 1966 with his death, includes 250 letters from him and 100 from her. His are virtually complete, but only a ... Read full review

Born in Hampstead and educated at Oxford University, Evelyn Waugh came from a literary family. His elder brother, Alec was a novelist, and his father, Arthur Waugh, was the influential head of a large publishing house. Even in his school days, Waugh showed sings of the profound belief in Catholicism and brilliant wit that were to mark his later years. Waugh began publishing his novels in the late 1920's. He joined the Royal Marines at the beginning of World War II and was one of the first to volunteer for commando service. In 1944 he survived a plane crash in Yugoslavia and, while hiding in a cave, corrected the proofs of one of his novels. Waugh's early novels, Decline and Fall (1927), Vile Bodies (1930), and A Handful of Dust (1934), established him as one of the funniest and most brilliant satirists the British had seen in years. He was particularly skillful at poking fun at the scramble for prominence among the upper classes and the struggle between the generations. He lived for a while in Hollywood, about which he wrote The Loved One (1948), a scathing attack on the United States's overly sentimental funeral practices. His greatest works, however, are Brideshead Revisited (1945), which has been made into a highly popular television miniseries, and the trilogy Sword of Honor (1965), composed of Men at Arms (1952), Officers and Gentlemen (1955), and The End of the Battle (1961). 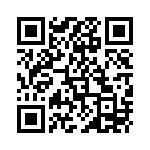