Interesting book that proposes a number of constitutional amendments designed to improve the US, at least in the author's opinion. In my opinion each of the amendments has some merit and worth a ... Read full review

Ronald Reagan stalwart and conservative radio host Levin (Ameritopia: The Unmaking of America, 2012, etc.) punts one for the Gipper in the showdown with the dreaded statists and their "century-long ... Read full review

Mark R. Levin, nationally syndicated talk radio host, host of LevinTV, chairman of Landmark Legal Foundation, and the host of the Fox News show Life, Liberty, & Levin, is the author of seven consecutive #1 New York Times bestsellers: Liberty and Tyranny, Ameritopia, The Liberty Amendments, Plunder and Deceit, Rediscovering Americanism, Unfreedom of the Press, and American Marxism. Liberty and Tyranny spent three months at #1 and sold more than 1.5 million copies. His books Men in Black and Rescuing Sprite were also New York Times bestsellers. Levin is an inductee of the National Radio Hall of Fame and was a top adviser to several members of President Ronald Reagan’s cabinet. He holds a BA from Temple University and a JD from Temple University Law School. 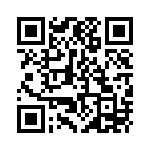