Review: The Life and Death of Mary Wollstonecraft

I'm not the type to read a biography for the heck of it, but this was engaging and well written. Wollstonecraft emerges as a tragic figure, sometimes admirable and sometimes pitiable. This is an excellent resource for anyone interested in W. herself or feminism in general. Read full review

Claire Tomalin was literary editor of the New Statesman then the Sunday Times before leaving to become a full-time writer. Her first book, The Life and Death of Mary Wollstonecraft, won the Whitbread First Book Award, and she has since written a number of highly acclaimed and bestselling biographies. They include Jane Austen: A Life, The Invisible Woman, a definitive account of Dickens' relationship with the actress Ellen Ternan, which won three major literary awards, and Samuel Pepys: The Unequalled Self was Whitbread Book of the Year in 2002. In the highly acclaimed Charles Dickens: A Life, she presents a full-scale biography of our greatest novelist. She is married to the writer Michael Frayn. 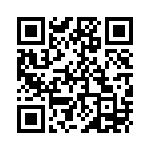