A distinctly ordinary history of the British in India. Its short and written in very readable prose, which may make it useful for a those looking for a quick overview. However it is very weak in the ... Read full review

After the disastrous Sepoy Rebellion the British set up the unique Raj system to exploit India. This work is a bit broader and relates the longer story of British involvement, both the advantages and ... Read full review

Denis Judd is Professor of British Imperial and Edwardian History, and Indian History, at the University of North London. He is the author of numerous books, including the best-selling Empire: The British Imperial Experience from 1865 to the Present (HarperCollins, 1996), (Fontana, 1997 pbedn), (Phoenix Press, 2001), and the forthcoming George VI (Sutton Publishing, 2002), and The Boer War (John Murray, 2002). He has written radio documentaries for BBC Radio 4 and the World Service, and has broadcast many times both as a presenter, consultant and major interviewee for television andradio programmes: most recently for BBC TV Newsnight, BBC Radio 3 Nightwaves, and for BBC Radio 4's Vestiges - the British Empire 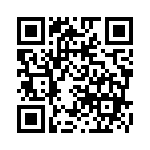