The Little Engine That Could was one of my childhood "heroes" so to speak. The message given in this short story related to positive thinking and the willingness to try, even if you are not certain of ... Read full review

The classic story! It's a bit dated in some aspects, but the story itself is enduring. The little engine's positive thoughts help it conquer a big task. Read full review

Loren Long has putt puff puttedy chuffed his way all over the bestseller lists with such titles as Otis, Otis and the Tornado, Otis and the Puppy, An Otis Christmas, Drummer Boy, Toy Boat by Randall de Sčve, and Mr. Peabody’s Apples by Madonna. He’s also had the opportunity to modernize the classic The Little Engine That Could by Watty Piper and had the distinct honor of illustrating Of Thee I Sing by President Barack Obama.

A graduate of the American Academy of Art in Chicago, Loren lives in Ohio with his wife, Tracy, and their two sons. 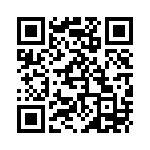