Fun update from one of my favorite podcasters - Moneyball for 2019. Driveline is heavily featured - the story is that teams are leaning into development again, and actually creating much better outcomes than previously understood to be possible. Read full review

Overall a pretty good book. Well-written. Could really use an update since the Astros figure so prominently. Read full review

Ben Lindbergh is a staff writer for The Ringer. He also hosts the Effectively Wild podcast for FanGraphs and regularly appears on MLB Network. He is a former staff writer for FiveThirtyEight and Grantland, a former editor-in-chief of Baseball Prospectus, and the New York Times bestselling co-author of The Only Rule Is It Has to Work: Our Wild Experiment Building a New Kind of Baseball Team. He lives in New York City.

Travis Sawchik is a staff writer for FiveThirtyEight and regularly contributes to The Athletic Cleveland. He previously covered the Pirates for the Pittsburgh Tribune-Review. Travis is the author of the New York Times bestseller Big Data Baseball: Math, Miracles, and the End of a 20-Year Losing Streak. Sawchik has won national Associated Press Sports Editor awards, and his work been featured or referenced on ESPN, Grantland, and MLB Network. Sawchik lives in Bay Village, OH. 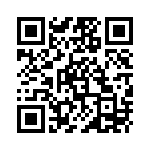