Leo Marx is Professor Emeritus of the Program in Science, Technology, and Society at the Massachusetts Institute of Technology. 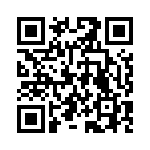