The Magician is apparently an exception that proves the rule to Somerset Maugham's usual oeuvre: a sensational, proto-pulp (or a neo-gothic) thriller that, after a deliberate build-up, actually ... Read full review

I was a bit disappointed in this short work. Perhaps it was inevitable given my expectations after reading Of Human Bondage. In any case, while the story was interesting and read well (as do most of ... Read full review

W. Somerset Maugham (1874-1965) lived in Paris until he was ten. He was educated at King's School, Canterbury, and at Heidelberg University. He afterwards walked the wards of St. Thomas's Hospital with a view to practice in medicine, but the success of his first novel, Liza of Lambeth (1897), won him over to letters. Something of his hospital experience is reflected, however, in the first of his masterpieces, Of Human Bondage (1915), and with The Moon and Sixpence (1919) his reputation as a novelist was assured.

His position as one of the most successful playwrights on the London stage was being consolidated simultaneously. His first play, A Man of Honour (1903), was followed by a procession of successes just before and after the First World War. (At one point only Bernard Shaw had more plays running at the same time in London.) His theatre career ended with Sheppey (1933). His fame as a short-story writer began with The Trembling of a Leaf, sub-titled Little Stories of the South Sea Islands, in 1921, after which he published more than ten collections.

W. Somerset Maugham's general books are fewer in number. They include travel books, such as On a Chinese Screen (1922) and Don Fernando (1935), essays, criticism, and the self-revealing The Summing Up (1938) and A Writer's Notebook (1949). He became a Companion of Honour in 1954.

Robert Calder is professor of English at the University of Saskatchewan. 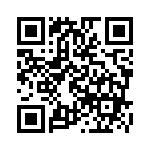