Jeff Wheeler is a Wall Street Journal bestselling author and the creator of the Kingfountain series, among others. After retiring early from his career at Intel, he has been writing full-time since 2014 and became one of the founders of the online magazine Deep Magic: The E-zine of Clean Fantasy and Science Fiction (learn more at www.deepmagic.co).

A devout member of his church, Jeff is most proud of his role as a husband and a father. 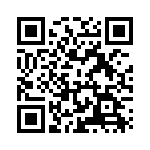