Aurélien Mondon is a Lecturer in French Studies at the University of Bath. His work focuses on the recent mainstreaming of the extreme right, and the impact of neo-racist and right-wing populist discourse on Liberal Democracies. 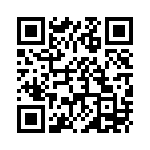