Theresa Enright is Assistant Professor in the Department of Political Science at the University of Toronto. 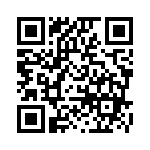