This book provides an entertaining peek at the intersection of technology, sociology, and psychology. It discusses various experiments which indicate how people anthropomorphize inanimate technology ... Read full review

Surprising conclusions on how we interact with computers and what our interaction with technology can teach us about interacting with other humans. Read full review

Clifford Nass is the Thomas M. Storke Professor at Stanford University and director of the Communication between Humans and Interactive Media (CHIMe) Lab. He is a popular designer, consultant, and keynote speaker, and is widely quoted by the media on issues such as the impact of multitasking on young minds. He lives in Silicon Valley. 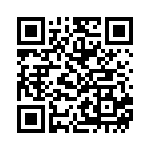