THE MAN WHO PUSHED AMERICA TO WAR: The Extraordinary Life, Adventures, and Obsessions of Ahmad Chalabi

What do you get when you cross a felonious royalist bearing a long agenda and list of grudges with the world's sole superpower? An endless war in a faraway land, that's what.Though NBC Nightly News ... Read full review

The Man Who Pushed America to War: The Extraordinary Life, Adventures and Obsessions of Ahmad Chalabi

Although the agenda to invade Iraq was in place well before 9/11, many insiders maintain it wouldn't have happened without the subject of this lively, often dismaying biography. A child when his ... Read full review

Aram Roston is an Emmy Award-winning investigative reporter who has worked as a producer at the NBC Nightly News investigative unit, a correspondent for CNN, and a New York City police reporter. He specializes in covering national security, law enforcement, and white collar crime and corruption. He has reported from around the world. His work has been published in Maclean's, the Nation, the London Observer, GQ, Mother Jones, and Washington Monthly. 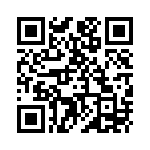