Tim Wu is an author, policy advocate and professor at Columbia University, currently serving as Senior Advisor to the United States Federal Trade Commission. In 2006, he was recognized as one of fifty leaders in science and technology by Scientific American magazine, and in the following year, 01238 magazine listed him as one of Harvard's one hundred most influential graduates. He writes for Slate, where he won the Lowell Thomas gold medal for travel journalism, and he has contributed to The New Yorker, Time, The New York Times, The Washington Post, and Forbes. 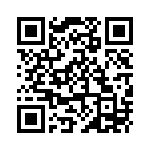