Steven E. Jones is Professor of English at Loyola University in Chicago. He is author of Against Technology (Routledge, 2006) and Satire and Romanticism, and he is editor of The Satiric Eye: Forms of Satire in the Romantic Period. 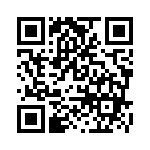