The Medium Is the Massage: An Inventory of EffectsのКИТАРУ МУРАКАМУさんの感想・レビュー

This text consists in a flow of aphorism which connected each phrase to some images. Well, Macluhan is so famous sociologist because he predicts the role of media exactly, especially the emergence of idea of Web. Read full review

The Medium Is the Massage: An Inventory of Effects

From the "I can't believe this went out of print" file come two of McLuhan's signature titles. Though a lot of this may seem like freaky rantings from the Sixties (LJ 6/1/67 and LJ 11/1/68, respectively), many of McLuhan's observations on technology, violence, etc., still ring true. Read full review

Quentin Fiore was born in the Bronx, New York on February 12, 1920. He studied at the Art Students League of New York but turned to calligraphy and type design to make ends meet. During World War II, he declared himself a conscientious objector and was assigned to camps in California, Colorado, and New Hampshire, fighting forest fires and rescuing lost or injured skiers. In the 1950s, he turned to general design and became a consultant and designer for corporate clients like the Ford Foundation, Bell Laboratories, and RCA. He spent much of his career doing conventional design work for large corporations and book jackets for university presses. However, he also collaborated on several books including The Medium Is the Massage: An Inventory of Effects and War and Peace in the Global Village with Marshall McLuhan, Do It! with Jerry Rubin, and I Seem to Be a Verb with Buckminster Fuller. He died from complications of bronchitis on April 13, 2019 at the age of 99. 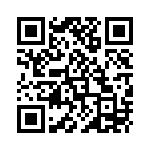