Mike Watson is a UK born art and media theorist, critic and curator who holds a PhD in Philosophy from Goldsmiths College. Watson curated at the 55th and 56th Venice Biennale, as well as at Manifesta12 in Palermo. He has written regularly for Art Review, Artforum, Jacobin, and Radical Philosophy. 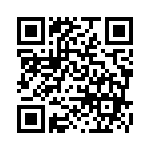