I am enjoying his explanation of PCT without the math I think it will make my understanding of powers book easier.

I really enjoyed reading and learning about the application of PCT to psychotherapy. For me, the book is a great mixture of ideas and practical examples. In addition, I now see why Prof. Jaakko Seikula's work with people experiencing mental illness is so successful - for me, the Method of Levels provides an explanation of what it is he does that makes his work so astoundingly effective. This book is written in non-technical language and is accessible to all. I love the simplicity of this model and think it provides a wonderfully elegant, easily learned and very effective means for clinicians to help their clients.

Timothy A. Carey began his professional life as a preschool teacher. He then obtained a Graduate Diploma in Special Education for the Severely to Profoundly Multiply Handicapped and taught in special schools. His training in special education provided him with the opportunity to focus on
behavior management. He began working as a behavior management advisory teacher in primary schools and then secondary schools assisting both teachers and students to negotiate their school days more satisfactorily. While never relinquishing his passion for teaching, he pursued undergraduate and then postgraduate studies in psychology at the University of Queensland. Along the way he got married in Las Vegas and rode shotgun in a helicopter through the Grand Canyon to start his honeymoon. He also watched the sun set over the Golden Gate bridge as the 20th Century came to an end.

His PhD research investigated the obscure but dramatically important topic of countercontrol-something first mentioned by B. F. Skinner-culminating in the award of a PhD in Clinical Psychology. From that research he has published articles on countercontrol with his friend Tom Bourbon. He has also published a book about a school discipline process with his wife Margaret and has published other articles as well, mostly about the Method of Levels.

With a shiny new PhD he travelled half way round the world to work as a clinical psychologist in Scotland where he set about learning as much as he could about the Method of Levels.

He spent nearly 3 years in Canberra before the opportunity to extend his skills and apply his knowledge in new areas arose again. He now holds the position of Associate Professor in Mental Health through the Centre for Remote Health in Alice Springs, Northern Territory. In this position he also works with the Central Australia Mental Health Service. Being able to blend research and clinical practice is one of his favorite things and the challenge of helping to find ways to provide best practice health services in remote Australia is exciting and important. 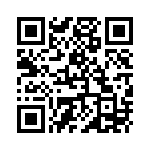