Linda S. Godfrey, a former award-winning newspaper reporter, has become the nation's acknowledged expert on werewolves and contemporary sightings of unknown, upright canines. She is the author of The Beast of Bray Road, Hunting the American Werewolf, Werewolves, and a slew of other books on mysterious animals, things and people. She has appeared on many national TV and radio shows such as History Channel's MonsterQuest, Fox News' Sean Hannity, SyFy's New In Search Of, ABC Family's Scariest Places on Earth, and Coast to Coast AM. 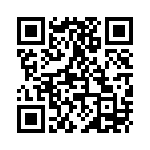