Andrew I. Gavil is currently Director of the Office of Policy Planning at the Federal Trade Commission, on leave from Howard University Law School, where he is Professor of Law. Harry First is Charles L. Denison Professor of Law at New York University School of Law and Director of its Competition, Innovation, and Information Law Program. 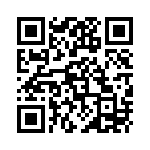