Award winning science fiction poet Peter Payack's New and selected poems from 1975-2020. The Internationally acclaimed Payack has published over 2,000 poems, stories, prose poems, photos and articles including multiple appearances in The Paris Review, Rolling Stone, The New York Times, The Cornell Review, Asimov's Science Fiction Magazine, and Creative Computing. Payack is one of a handful of authors who has published in Issac Asimov's Science Fiction Magazine for six decades, dating back to 1978. Peter is also one of the rare authors who as not only placed poems in the leading science fiction magazines but also in such luminary publications as The Paris Review, The New York Times, The Cornell Review and Creative Computing. The Migration of Darkness, won the 1980 Rhysling Award, signifying The Best Poem in Science Fiction, and was recently acclaimed The #1 poem that unites art and science (Quirk Press). Omni Magazine has named it as #2 of the top Science Fiction poems of all time. The London Based, TES, (Times Educational Supplement) uses the poem as Chapter 15, in it's "What is Science Fiction?" web based course. The Prestigious MasterClass included TMOD as one of four examples in its "Guide to Writing Speculative Poetry" Peter Payack is the First Poet Populist of Cambridge, Massachusetts. As a Sky Artist Peter is long renowned for putting poetry in public spaces and has done so as a commissioned artist at M.I.T's International Sky Art Conference (Delphi, Greece), The Harvard 350th Anniversary celebration, the New York Avant Garde Festival and Boston's First Night. His first foray into making poetry public was his innovation Phone-a-Poem, The Cambridge/Boston Poetry Hotline, (1976-2001.) This Achievement has now been archived at Harvard's Lamont Library's Woodberry Poetry Room, and have been digitalized to hear such poets as Allen Ginsberg, Jane Kenyon and James Tate. He collaborated with Roland Pease over the years on this project. Payack is the inventor of The Stonehenge Watch?, exhibited in museums worldwide. Payack has coached wrestling at Cambridge Rindge & Latin School for the past 25 years and run 23 marathons. 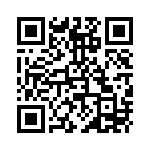