As the second book in McMullen's Greatwinter trilogy, The Miocene Arrow doesn't deliver quite as satisfyingly as his first entry, but it introduces many new and memorable characters as well as their ... Read full review

In the fourth millennium, war looms between the lands once known as America and Australia. As a new airborne weapon, the Miocene Arrow, threatens to rule the skies, assassins and spies seek to uncover ... Read full review

Sean McMullen is one of the leading Australian SF authors to emerge during the 1990s, having won more than a dozen national awards in his homeland. In addition, he has sold several dozen short stories to magazines such as Analog, Interzone, and Fantasy & Science Fiction, and was co-author of Strange Constellations, a History of Australian SF. He established himself in the American market with the publication of the Greatwinter trilogy (comprised of Souls in the Great Machine, The Miocene Arrow, and Eyes of the Calculor). His fiction has been translated into Polish, French, and Japanese. The settings for Sean's work range from the Roman Empire, through Medieval Europe, to cities of the distant future.

He has bachelor's and master's degrees from Melbourne University, and post-graduate diplomas in computer science, information science and business management. He is currently doing a PhD in Medieval Fantasy Literature at Melbourne University, where he is also the deputy instructor at the campus karate club, and a member of the fencing club. Before he began writing, Sean spent several years in student reviews and theatre, and was lead singer in three rock and folk bands. After singing in several early music groups and choirs, he spent two years in the Victorian State Opera before he began writing.

He lives in Melbourne with his wife Trish and daughter Catherine. 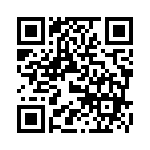