William J. Lederer (1912-2009) was was a former U.S. Navy captain and the co-author of The Ugly American (with Eugene Burdick), The Mirages of Marriage (with Don D. Jackson), and other books.

The late Don D. Jackson was a founder and director of the Mental Research Institute in Palo Alto, California, and associate professor at the Stanford University School of Medicine. He was coauthor, with Paul Wazlawick and Janet Beavin Bavelas, of Pragmatics of Human Communication. 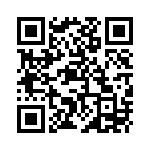