General overview of the Mongol empire written by a professor to other professors. It's dry, but interesting. He covers his sources almost too well, but it certainly offers a good reading list for ... Read full review

David Morgan’s The Mongols provides a compelling introduction to the fierce and formidable people who, seemingly overnight, built the greatest continuous land empire in human history. Rising from the ... Read full review

Jon Giswold is a certified group exercise instructor and personal trainer who teaches in New York's most prominent fitness centers, including the Reebok Sports Club/NY. He has been featured in five fitness videotapes and in many national and international and magazines.
David Morgan has been a commercial photographer in New York City since 1975. His popular fine-art photography celebrating the male figure has made him famous and his images for the 2(x)ist underwear ad campaign were enormously successful. David's photographs can be seen on calendars, greeting cards, CDs and posters, and in his upcoming book "Beach" (St. Martin's Press). 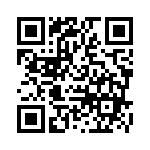