THE MURROW BOYS: Pioneers on the Front Lines of Broadcast Journalism

An absorbing, frequently poignant narrative about the heroes of CBS radio news, the men and women who set the standards for broadcast journalism during WW II, and about what happened to the heroes ... Read full review

The Murrow boys: pioneers on the front lines of broadcast journalism

At first blush, this book by a husband-and-wife team of journalists may seem an oft-told tale, a further deifying of CBS News' Edward R. Murrow (already deified in numerous autobiographies by the ... Read full review

Writer Lynne Olson graduated from the University of Arizona and began her career with the Associated Press in 1971. She was its first woman correspondent in Moscow from 1974 to 1976. She also worked as a reporter on national politics for the Baltimore Sun before becoming a freelance writer in 1981. Olson has contributed to publications including the Washington Post, American Heritage, Smithsonian, Working Woman, Ms., Elle, and Glamour. She taught journalism at American University in Washington for five years and has published several books of history. 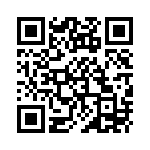