An essay dealing with the problems that arise when attempts to discover the origins of the modern national European States become too identified with the "Barbarian Warbands" that collapsed the Roman structure in Western Europe. There is a lesson here for us all. Read full review

The Myth of Nations presents an interesting premise: that historical nations are not the descendants of the peoples of the classical era (as they would almost all like to claim) but rather are ... Read full review

Patrick J. Geary is Professor of History at the University of California at Los Angeles. He is the author of Phantoms of Remembrance: Memory and Oblivion at the End of the first Millennium (Princeton), Living with the Dead in the Middle Ages, and Furta Sacra: Thefts of Relics in the Central Middle Ages (Princeton). 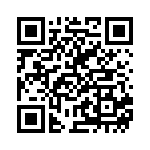