Review: The Myth of the Framework: In Defence of Science and Rationality

Popper vs. Kuhn. A must read for epistemology fans. „°Ó ±„ķ°õ ŅņÓõ

Although he writes widely in philosophy, Sir Karl Raimund Popper is best known for his thesis that an empirical statement is meaningless unless conditions can be specified that could show it to be false. He was born and educated in Vienna, where he was associated with, although not actually a member of, the Vienna Circle. Two years after the German publication of his Logic of Scientific Discovery (1935), he left Austria for New Zealand, where he was senior lecturer at the University of Canterbury. In 1945 he moved to England and began a distinguished career at the London School of Economics and Political Science. According to Popper, there is no "method of discovery" in science. His view holds that science advances by brilliant but unpredictable conjectures that then stand up well against attempts to refute them. This view was roundly criticized by more dogmatic positivists, on the one hand, and by Feyerabend and Kuhn, on the other. In 1945 he published The Open Society and Its Enemies, which condemns Plato, Georg Hegel, and Karl Marx as progenitors of totalitarianism and opponents of freedom. The scholarship that underpins this book remains controversial. Popper's later works continue his interest in philosophy of science and also develop themes in epistemology and philosophy of mind. He is particularly critical of historicism, which he regards as an attitude that fosters a deplorable tendency toward deterministic thinking in the social sciences. 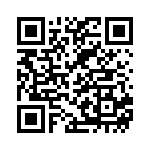