The nature and logic of capitalism

Heilbroner brings his thoughts to the question "What is capitalism?'' He re fers to earlier civilizations but most of the work deals with American capital ism. His focus is on the social forma tion of ... Read full review

Review: The Nature and Logic of Capitalism

Robert L. Heilbroner was Norman Thomas Professor of Economics at the New School for Social Research and author of The Worldly Philosophers and many other books. 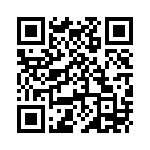