Gina Ochsner is the author of the novel The Russian Dreambook of Colour and Flight and the short story collection People I Wanted to Be. Her fiction has appeared in the New Yorker, Best American Nonrequired Reading, Glimmer Train, Kenyon Review, and many other magazines. She has received the Ruth Hindman Foundation Prize, the Raymond Carver Prize, and the Chelsea Award for Short Fiction. In addition to winning the Flannery O'Connor Award for Short Fiction, The Necessary Grace to Fall also won the Oregon Book Award, the Pacific Northwest Booksellers Association Award, and was an Austin Chronicle Top Ten Pick. Ochsner lives in western Oregon with her husband and children. 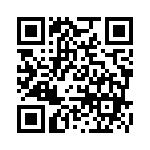