Sense a Divine tug in the deepest recesses of your heart! Bounds in this book challenges mediocrity in the Christian life at its very core, as only few can. Literally lancing into the very soul of man ... Lćs hele anmeldelsen

This book will challenge you like never before, to remain on your knees in prayer. If you struggle with prayer this book can help you grow in you prayer life. Bounds will show you where in the Bible ... Lćs hele anmeldelsen

Side 12 - Then said Jesus unto them plainly, Lazarus is dead. And I am glad for your sakes that I was not there, to the intent ye may believe; nevertheless let us go unto him.
Findes i 964 břger fra 1755-2008 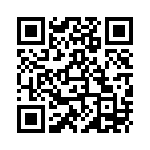