THE NET DELUSION: The Dark Side of Internet Freedom

In his debut, Foreign Policy contributing editor Morozov pulls the Internet into sharp focus, exposing the limits of its inner logic, its reckless misuse and the dangerous myopia of its champions.The ... Volledige review lezen

Evgeny Morozov (@evgenymorozov) is the author of The Net Delusion: The Dark Side of Internet Freedom, a New York Times Notable Book of 2011 and winner of Harvard's Kennedy School's 2012 Goldsmith Book Prize. He is a senior editor to the New Republic. His articles have appeared in the New York Times, the Financial Times, the Economist, the Wall Street Journal, the London Review of Books, and many other publications. His monthly column comes out in Slate, Frankfurter Allgemeine Zeitung (Germany), El Pais (Spain), Corriere della Sera (Italy), and several other newspapers. He was born in Belarus. 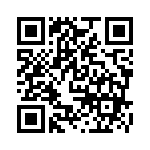