Bartkett's book is a pretty well thought out analysis on how to get the US back on track. The title 'The New American Economy: The Failure of Reaganomics and a New Way Forward' may sound like another liberal swipe at Republican policies and anyone who knows my politics will realize the subtitle is what got me to pick up the book! ;>)
Having, made this disclosure, it seems to me that the subtitle is just a marketing ploy that works pretty good. Bruce Bartlett was a Domestic Policy advisor to Reagan and designed and helped implement many of those policies. He was also a treasury official for Bush Sr. This guy is no Liberal.
What he does in this short book is points out where Keynesian Economic policies and Supply Side Economic policies worked and where they didn't. He then attempts to come up with a way to get us out of the current mess - mainly he's pushing a VAT with a couple twists that he believes will make it easier for Liberals and Conservatives to swallow.
Bottom line, it's an interesting take on why Keynes and Supply Side didn't work and it even has a anti-VAT guy like myself willing to consider it - if not enthusiastically.

Bruce Bartlett is an economic historian who has spent the last 30 years working in politics and public policy. He has served in numerous governmental positions, including as a domestic policy adviser to President Ronald Reagan and a treasury official under President George H.W. Bush. He is a weekly columnist for Forbes.com. and has written for The New York Times, Wall Street Journal, National Review, Commentary, and Fortune. He is also a frequent guest on The NewsHour with Jim Lehrer, Lou Dobbs' Moneyline, NBC Nightly News, Nightline, Crossfire, Wall Street Week, CNN, CNBC, and Fox News Channel, among others. 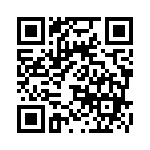