Paul K. Conkin,Distinguished Professor Emeritus of History at Vanderbilt University, is the author of numerous books. 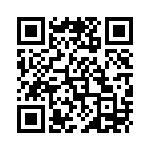