Known mostly for her pioneering work in managerial theory, Mary Parker Follett (1868&–1933) was also an astute political theorist. In The New State (1918), she wrote a classic work in democratic political theory. Her vision of citizens gathering into neighborhood centers and engaging in civic dialogue continues to inform recent calls to strengthen American democracy from below. Next to John Dewey's The Public and Its Problems (1927), The New State stands as one of the most important political works that grew out of the Progressive Era in American history.

Jane Mansbridge is Professor of Government at Harvard University.

Kevin Mattson is Director of Research at the Walt Whitman Center and author of Creating a Democratic Public: The Struggle for Urban Participatory Democracy During the Progressive Era (Penn State, 1998). 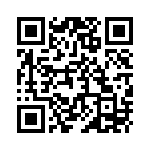